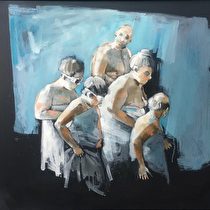 11 minutes to the and of the world. 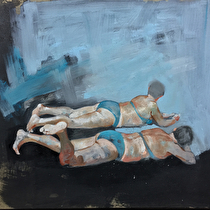 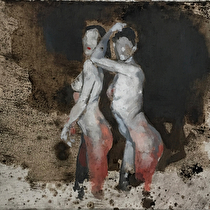 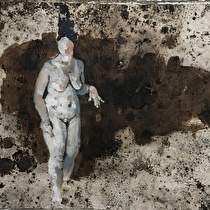 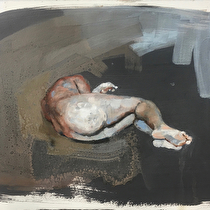 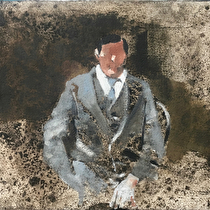 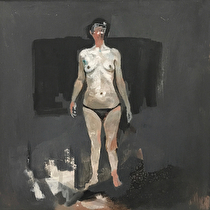 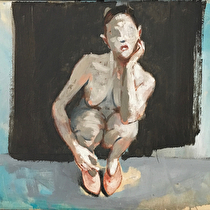 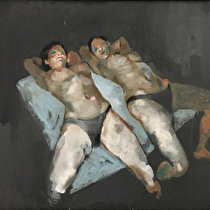 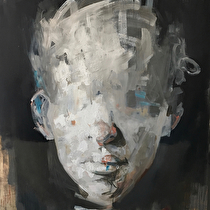 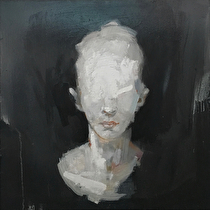 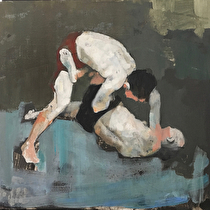 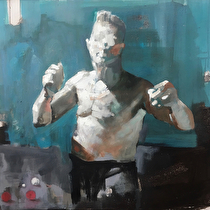 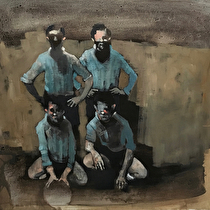 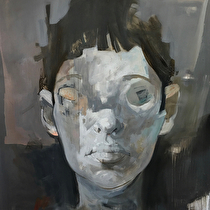 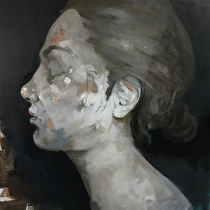 Massimo Lagrotteria is a painting enthusiast, a lover of gesture who in his work measures out the needs of figuration and the urgency of expression with perfect balance. Child of an antique painting tradition - that of the figure, of the nude, of the emotional glimpses into human nature - he has built on it, bringing an entirely Italian sensibility to the great English period of Lucian Freud and Jenny Saville. If from the first he learned to look at the body with a loving and unprejudiced contemplation, from the second - a contemporary - emerges the sense of truth and life that he succeeds in giving to the flesh. His is at once instinctive and considered painting. Indeed, the immediacy of inspiration and gesture are flanked by the rigorous setting of the image’s construction and the almost maniacal attention to the finishing touches, a procedure that nevertheless manages to take the lead, without ever taking away from the picture the freshness of creation. The abandoned nudes, free, proud of their full forms, the couples interlinked in a distracted and everyday embrace and for this even more real, the groups of bathers, the athletic youth, the wrestlers are elements of a humanity seen with a love that doesn’t impede the artist in catching all the rawness of the moment.

Meanwhile the features and details often disappear, unfinished, making these people vague and universal portraits in which we inevitably end up looking at ourselves. Constructed on a base of bitumen that creates deep abysses and opens undefined backgrounds, sagging with leakage, opened in gashes that sometimes decide to leave even part of the naked canvas free, his works materialise in layers: patches of blue that are neither water, nor sky, dense shadows that sculpt the flesh, dazzling whites that light up the figure. If in the small works, with the backgrounds made unstable with the even freer use of the pictorial material, the figure stands out in its entirety, almost finished in detail, the increase in size paradoxically reveals a search for the particular, the close-up. Hence the gigantic, imposing, hypnotic faces like icons, where the superimposition instead of highlighting the reality of the features decides to hide it, to obscure it until it sometimes becomes chaos, total denial of identity. Painter and also sculptor, Lagrotteria chooses materials that allow him to keep the strength of the gesture intact, like his brushstroke. Here then are the large concrete heads and the small clay figures, elements of the same wonderfully normal humanity that inhabits his paintings.