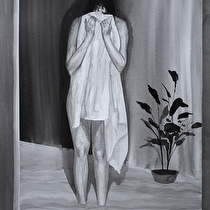 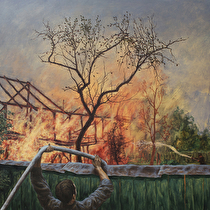 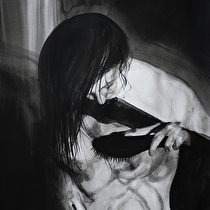 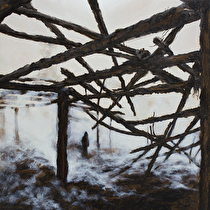 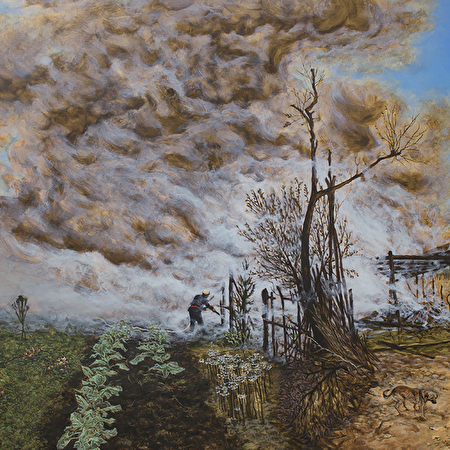 Dragos Badita searches for a more meditative stance through the gesture of painting, forming dialogues with the past through his contemporary reflections on painting canons. The theory of colour is followed by the artist closely, interpreting classical painting themes in contemporary settings. The blue-green tints induce the viewer to introspection and self-awareness contrasting with the red-orange scenes of turmoil, radiant energy.

Badita chooses the subjects of his extensive portrait series from deeply personal surroundings, transforming the artworks into frames-of-consciousness, glimpses of the human psyche and its mind palace. Friends, lovers and strangers are met with the same care, an extension of senses and origin points of self-discovery. Their inner states of mind caught by Drago? in soft brush-strokes and playful transparencies become an outside statement to the hidden-selves. Landscape also plays an important role in his works, transpiring in open-windows, alongside unknown walls and ruins, surrounding the characters and the solitary events he chooses to depict. If the philosopher Jean-Luc Nancy regarded the landscape as an uncanny and estranged spatiality, Dragos B?di?? discovers it as an intimate and faithful source of being into the world.